The ASVAB Test - All You Need to Know About It

The Armed Services Vocational Aptitude Battery test or the ASVAB test is one of the most popular tests in the United States and taken mostly by school students who want to join the United States Armed Forces. It is a multi-aptitude test provided in over 14,000 schools throughout the nation.

The test has been designed to predict future academic and occupational success in the military by the test takers. Introduced in 1968, the test has been the subject of a number of studies and it seems that the test can assess a test taker's academic ability in a number of occupations and is not limited to the United States Military services. The results state the strengths and weaknesses of the student and let the student know in which areas he or she can excel. 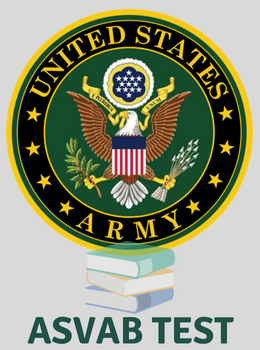 Students who are in their 10th, 11th, or 12th grade will be able to apply for the ASVAB test. Candidates who aspire to take the ASVAB will have to approach recruiters who will conduct preliminary checks on the candidate before choosing to let them take the test or not. This will include drug usage, criminal history, and other requirements based on which they will be allowed to take the test.

Applying for the ASVAB

Candidates who wish to apply for the ASVAB will have to contact a military recruiter for the same. The TodaysMilitary page will help candidates find a recruiter close to them. The procedure involves the recruiter finding the candidate to be otherwise qualified before they set up the time that they can attempt the ASVAB test.

Candidates will be able to take the test at the closest Military Entrance Processing Station or at an affiliated Military Entrance Test place. The test is offered to students in high school and post-secondary levels as a part of the Career Exploration Program offered by the ASVAB. There is also the option of in-service testing where individuals who are serving in the military will be able to take the test in order to be reclassified.

The ASVAB test is conducted in both a computer-based format and a paper-and-pencil format. It contains 10 sections in all. The test is adaptive in nature which implies that the difficulty level of the questions depends on the way in which the candidate answers the previous questions.

The computer-based test is called the CAT-ASVAB and is the shorter version of the test. Candidates will be able to attempt the test at their own pace since they will be able to move on to the next section once they have completed the previous one without waiting for the time duration to be over. It takes around 1.5 hours for a candidate to complete the computer-based test of ASVAB. The test has negative markings.

The paper-and-pencil-based test is called the P&P-ASVAB and is paced equally for all candidates. It takes 3 hours in all to complete this version of the test. The questions will not be adaptive in nature and all candidates will receive the same questions. This form of testing has no negative marking.

ASVAB, irrespective of the format, contains 10 sections in all. The sections come under the domains of Science/ Technical, Verbal, Math, and Spatial. These sections are-
Note: AI and SI are administered as separate tests in the CAT-ASVAB (computer version), but combined into one single score (AS) in the paper-based test.

The AFQT score is calculated based on the scores candidates receive in the four sections of Word Knowledge (WK), Paragraph Comprehension (PC), Arithmetic Reasoning (AR), and Mathematics Knowledge (MK). The aptitude test also determines whether the candidate is actually fit to be in the army or not. After all, working in the military isn't for everybody. Candidates will have to be physically fit and with the right attitude in order to survive the environments, they will encounter during their military posting. While a low score might deter the overall chances of joining the military, it is also true that getting a high score will mean receiving incentives and bonuses.

The scores of ASVAB test are reported individually for each of the 10 subsets. They are called Standard Scores and the scores are primarily used to determine enlistment eligibility and also for assigning applicants with different military jobs. The scores often help students in career exploration.

Candidates who are serious about their endeavors in their plans of entering the military often start their preparations early. Candidates do well-thought-out research in the area and take practice sets to familiarize themselves with the examination. Some candidates start by taking a pre-ASVAB test in order to understand where they stand and prepare a study plan accordingly before they prepare for the final examination.

Familiarizing oneself with the exam pattern, content, and format often makes the preparation well oriented. Choosing between the formats of paper-and-pencil test and computer-based test makes a whole lot of difference for candidates due to the difference in time constraints and factors like the adaptability feature of the test. Candidates often choose to play to their strengths while choosing the format that suits them the best or succumb to the time constraints that they are facing due to the application deadlines.

Though the examination contains 10 sections in all, most candidates focus on the 4 sections that are counted for the AFQT grading. Some even focus on aptitude development since more than the content the general amount of knowledge the candidate has played an important part in receiving better grades.

More about the ASVAB

The ASVAB test is one that helps students decide which area of the military they should join. Depending on marks as well as credits, students can be given admission to different areas of the military. So, one can try to be in the army, another in the navy while another as a coast guard. The test results help know which type of military job suits the candidate’s mental aptitude. The minimum required score for each branch of service differs.